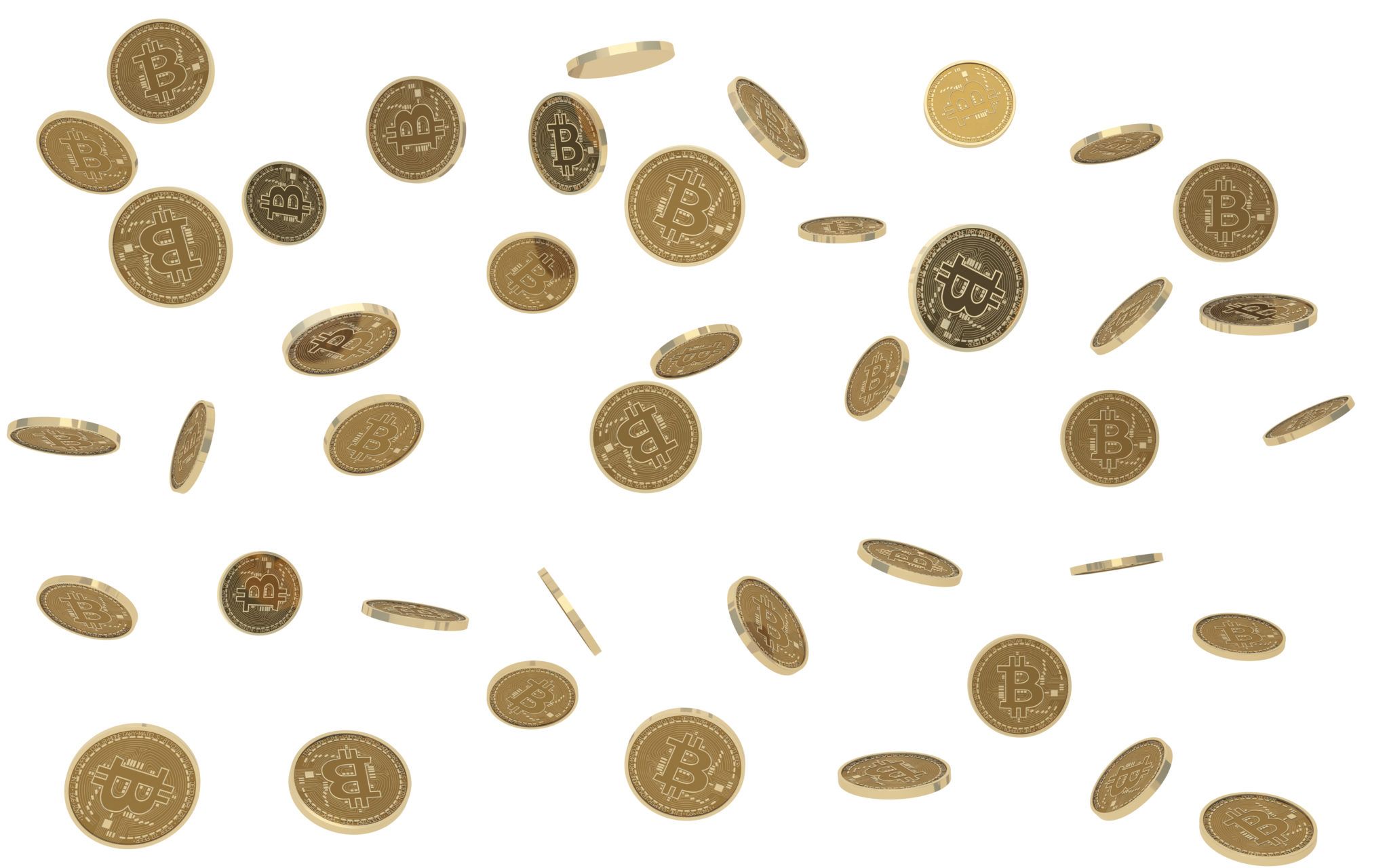 This article focuses on a facet of blockchain – cryptocurrencies – which are also known as virtual currencies, crypto coins, digital assets, or digital coins.

At the state level, Vermont enacted a 2015 law that allows for the admissibility of blockchain data as evidence. And, since 2016, Delaware has allowed companies to hold securities in blockchains. After more than a decade, blockchain’s newsworthiness holds fast. Recent academic or media reports can be found readily in a literature or Internet search

article focuses on another facet of blockchain – cryptocurrencies – which are also known as virtual currencies, crypto coins, digital assets, or digital coins. (Although some cryptocurrencies do not use the blockchain, for the purposes of this discussion, blockchain will be referenced as the enabling technology.)

Many of the early entrants on the cryptocurrency scene have faded from view. Nevertheless, cryptocurrencies have continued to proliferate; there are more than a thousand in existence. One well-known digital asset that has endured is bitcoin. It was created by an anonymous source approximately 10 years ago and remains a leader in the cryptocurrency space.

A 2018 article by Mike Orcutt in the May/June issue of MIT Technology Review reported on the top 12 cryptocurrencies, stating that the three digital coins heading the list represented market values of $163 billion, $70 billion, and $32 billion, respectively. (See Figure 1 pie chart.)

Similar to national currencies traded worldwide in investment circles, cryptocurrencies have witnessed surges and declines in valuation in the past several years, driven by a variety of market forces. But, given their uniqueness and the magnitude and volatility of their valuation numbers, these digital assets have captured many headlines.

Unlike a national currency, cryptocurrencies have no intrinsic value, are not backed by or controlled by a government body, and are not tangible like a penny or a $10 bill. Also, unlike commodities (such as precious metals or minerals), cryptocurrencies are not valued for their capabilities to generate a product, in the ways that platinum or diamonds command positions in the economic marketplace. However, cryptocurrencies can be used as a medium of exchange and they have transaction value.

A cryptocurrency operates through its underlying blockchain technology. The blockchain allows for a decentralized, distributed public ledger system that records entries (or transactions). Accordingly, each cryptocurrency has its own blockchain. Encryption, using both a public key and a private key, provides security.

Many cryptocurrencies have dedicated websites. For investors or others who may be interested in learning more about cryptocurrency trading, there are websites where it is possible to publicly search transactions. For example, Ethereum’s site can be reached http://www.etherchain.org. Long, alphanumeric strings of characters are used to anonymously represent the parties (i.e., sender, receiver) in a transaction. (See Figure 2 screenshot.)

The terms “mining” or “” are associated with cryptocurrencies. Mining is a way to maintain the blockchain. When engaging in mining, an individual attempts to solve a complex mathematical algorithm. The solving of the algorithm results in the transaction’s verification, which, once verified, can be added to the blockchain’s ledger.

The miner receives digital currency as a sort of reward or payment for his or her efforts. Mining occurs around the globe and is not limited to a specific geographic area, but it requires special hardware and software, as well as sufficient computing power and the appropriate electrical resources.

From an investment perspective, an obvious risk is the immaturity of cryptocurrencies. The legal and regulatory underpinnings of cryptocurrencies are skeletal and incomplete. Their potential to be treated as a mainstream asset class is much debated, but that financial status has not been secured. While many “cryptocurrency millionaire” success stories have been written, there have been significant failures, too, where individuals have parted with substantial sums of money.

Theft of cryptocurrencies via hacking is a risk that looms large. In a 2016 incident, approximately 120,000 bitcoins, valued at many millions of dollars, were stolen from accounts at a cryptocurrency exchange platform in Hong Kong.

is another risk. Using Bitcoin as an example, the owner (who possesses the private digital key needed to access it) is the sole individual who is authorized to access the blockchain and engage in cryptocurrency transactions with his or her bitcoins. As a result, there is speculation that many bitcoins have just been lost, never to be recouped by their owners.

Illegal conduct related to cryptocurrencies is yet another danger. Money launderers, drug traffickers, and terrorists have found ways to leverage cryptocurrencies in their nefarious efforts. In the United States, both the Department of Justice and the Federal Bureau of Investigation are working to thwart such criminal activities.

A significant, but less obvious, is the ecological impact of cryptocurrency mining. The process drains electrical resources. Massive computing power created by many networked nodes and computer systems working together demands great amounts of electricity. Also, much of the mining activity occurs in countries where electricity is generated by the burning of fossil fuels, such as China, and this results in elevated global carbon emissions.

There are many potential business applications for cryptocurrencies, beyond their use for investment purposes. Online purchasing and banking are two prominent uses. For some applications, more fine-tuning is required, particularly in relation to processing speed.

Currently, for instance, cryptocurrencies cannot scale to the level of replacing credit cards for online purchasing. The speed with which an electronic purchase is completed via credit card is unparalleled – and speediness is an essential component of the online shopping experience. Yet, assuming the technologies underlying cryptocurrencies continue to mature and gain acceptance, further refinements could ameliorate such issues of scale.

Many financial associations and governing bodies, including the U.S. Federal Trade Commission, U.S. Securities and Exchange Commission, and American Institute of CPAs, have voiced concerns. So far, New York is the only state to have enacted cryptocurrency-related regulation, which was effected in 2015.

The U.S. Internal Revenue Service (IRS) has offered limited guidance, and it has established the Virtual Currency Issues . This group issued one guidance document, called Notice 2014-21; it is available online as a PDF at https://www.irs.gov/pub/irs-drop/n-14-21.pdf. It includes federal tax-related cryptocurrency guidance on recognizing gains and losses, purchasing goods or services, paying wages to employees, and self-employment income.

Although other items related to cryptocurrencies and tax liability concerns are covered, important issues remain unresolved. Of specific interest to practitioners that the delineation of what is deemed acceptable valuation and documentation is lacking. Of course, without appropriate records, accurate measurement of income and defensible evidence of that measurement are at risk.

The final pages of Notice 2014-21 contain an FAQ section. In Q-3 of the FAQ, the IRS declares that cryptocurrency is deemed as “property,” rather than currency. In keeping with this IRS assertion, it could be wondered if lost or stolen cryptocurrency could qualify as a casualty loss for insurance purposes. (The Tax Cuts and Jobs Act of 2017 disallows casualty losses for tax purposes.)

While IRS guidance on cryptocurrencies may be sparse, that entity did get involved in a court case in 2017. A U.S. District Court judge in California ordered Coinbase, Inc., an online exchange platform used to convert bitcoins to national currency, to deliver data on more than 10,000 customer accounts. The court was responding to the IRS petition whereby it was purported that many Coinbase customers had underreported bitcoin-related income. According to the IRS, it had received fewer than 1,000 taxpayer returns documenting cryptocurrency-related activities.

In regard to cryptocurrencies, the recordkeeping landscape remains under development. Accounting, legal, legislative, regulatory, and investment professionals, in concert with individuals in the IG, information technology, and IM sectors, are at the forefront of that nascent vista. It is crucial to stay aware and remain informed.

While matters involving digital assets may seem outside the course of day-to-day business, cryptocurrency is a topic worth understanding at a basic level. Admittedly, the future of cryptocurrencies is unknown. Their supporting technology is transformative and evolving; it appears poised to make its imprint upon the world of business. Additional regulatory and legislative mandates pertaining to blockchain and cryptocurrencies are to be expected. Those rules will, undoubtedly, have an impact on IM practice

operates on a less tangible and more digital basis with each passing year. This trend is exemplified by the advent of driverless cars, the ubiquity of the cloud, the popularity of online services, and the expansion of the Internet of Things to workplaces, homes, and (even) bodies, via digital medicine. Ready or not: a rising tide is approaching – albeit a virtual one – and it shows no sign of ebbing any time soon.

Read More About It

While blogs can be good sources for additional reading, this bibliography lists several recently published articles and books as well as an online video. In addition, a few consortia-related websites are listed. They provide forums for organizations interested in navigating the intricacies of blockchain technology, including cryptocurrencies. 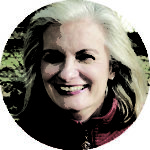 Nancy Dupre Barnes, Ph.D., CRM, CA
Nancy Dupre Barnes, Ph.D., CRM, CA, is a Certified Records Manager and Certified Archivist who has authored more than a dozen books and articles and is currently a self-employed consultant. She holds a Ph.D. in educational psychology and research from the University of Kansas and a bachelor of arts degree in political science from the University of Massachusetts. Dupre Barnes can be contacted at ndbarnes@ymail.com.

Nancy Dupre Barnes, Ph.D., CRM, CA, is a Certified Records Manager and Certified Archivist who has authored more than a dozen books and articles and is currently a self-employed consultant. She holds a Ph.D. in educational psychology and research from the University of Kansas and a bachelor of arts degree in political science from the University of Massachusetts. Dupre Barnes can be contacted at ndbarnes@ymail.com.