This is the third article of a four-part series on drafting requirements in IM policies, looking at the problems of using the words “must,” “may,” and “should.”

The word “may” suffers from the same deficiencies as “must,” discussed in Part 2. It often creates ambiguity around which element is actually optional. Worse, it masks whether the permission being granted is actually an entitlement, an eligibility, or a discretionary power.

In traditional policy wording, writers use “may” to indicate that the reader is being given an option. Consider the following sentence:

Employees may eat lunch on the patio.

This could thereby be expanded explicitly as:

Employees have the option to eat lunch on the patio.

Employees may not eat lunch on the patio.

This is equivalent to:

Employees do not have the option to eat lunch on the patio.

Even though it’s clear in this circumstance, the word “may” still suffers from the Parent–Child dynamic problem. It says, “You need my permission.” We can avoid that dynamic with wording such as the following:

Employees are welcome to eat lunch on the patio.

If “may” always expanded to “have the option to,” we’d have no problem. But most statements that use “may” are not so clear-cut. Look at the following example:

Private storage devices may be used on corporate computers with the approval of the IT branch.

The only optional part of the process is your decision to request approval for a device. In fact, this statement is a mandatory requirement masquerading as an optional one. Like lunch on the patio, whether you take advantage of this amenity is up to you. The intent is to make the amenity available. Turning that availability into a statement about permission is a fallback to the Parent–Child dynamic.

Private storage devices are usable on corporate computers once approved by the IT branch.

Here’s another example of a misplaced “may”:

Employees may discuss flexible hours with their supervisors.

Again, the drafters of the statement would argue that they used “may” instead of “must” because they’re not trying to force a discussion, but rather to open the door to one. The problem with the statement is that “may” is permitting the wrong action. That problem becomes obvious when we test the sentence in its negative form:

Employees may not discuss flexible hours with their supervisors.

What exactly is meant to be prohibited here — flexible hours or discussions about them? If it’s the former, that could be stated a lot more clearly, something like:

Flexible hours are not available.

If it’s the latter…well, we’ve just turned the clock back 50 years. Do we really need a formal policy statement to permit two people to discuss something? This policy statement is not easily rescued because it implies a lot of conditions but doesn’t actually state anything specific. It implies that flexible hours are allowed, and it implies that the supervisor has some role in the process, but beyond that it doesn’t tell us very much.

What might be more useful would be a statement around what the supervisor can do with the request, for example:

Supervisors have the authority to set flexible hours for employees.

Supervisors have the discretion to make recommendations to the HR branch around flexible hours for employees.

Supervisors are entitled to determine the eligibility of their employees to work flexible hours.

Once you have a policy statement establishing the supervisor’s role in the process, there’s no need to expressly permit (or forbid) discussions. If anything, expressly permitting that discussion is micro-management. (See Good Policies Don’t Micro-manage[1])

Virtually all uses of the word “may” are instances that purport to provide people options in a situation. In fact, the options they offer are typically those that are obvious to anyone who knows the conditions and restrictions.

We can avoid both the ambiguity and the bossy overtones of the word “may” simply by including policy statements that set out the conditions or restrictions.

Private storage devices are usable on corporate computers once approved by the IT branch.

Supervisors have the authority to set flexible hours for employees.

With this wording, we are no longer issuing “permissions” and no longer dividing the office into rule makers and rule followers. We have gotten rid of the Parent-Child dynamic entirely. 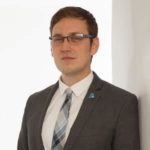 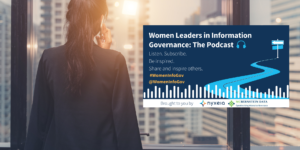 by ARMA International
Antiquated Policy Wording: Part 1 — “Must,” “May,”… 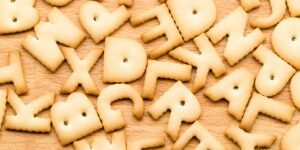 by Lewis S. Eisen
How the Pandemic Can Affect IG in Positive Ways

by Brian Tuemmler
What IG Professionals Should Know About the Internet… 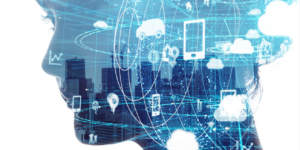