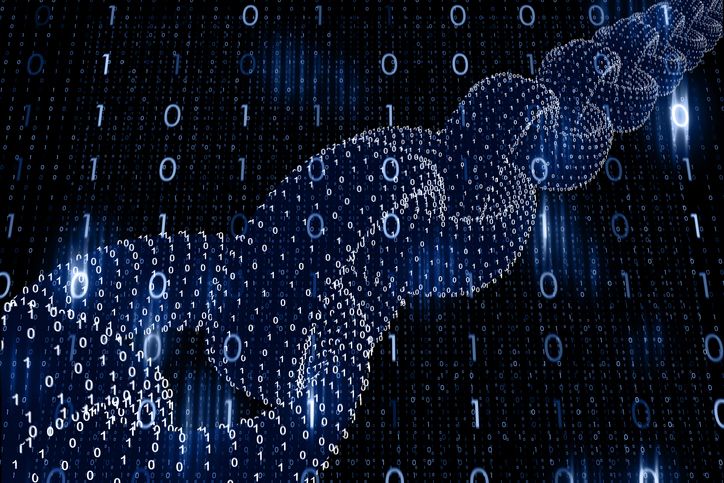 This article summarizes a report published by AIEF on May 30, 2019. Additionally, the article is included in Information Management Magazine, ARMA-AIEF Special Edition, which will be available for download in November. A printed version of the special issue will be available as well, for a nominal fee.

Blockchain is often defined as ledgers with entries organized in an append-only, sequential chain using cryptographic links and distributed out and stored on a peer-to-peer computer network. It’s an emerging recordkeeping technology producing new forms of records, and new modalities of recordkeeping, with which records and information professionals will need to engage. This new technology has been considered or implemented in practically every country in the world; blockchain’s ubiquity requires that records and information managers should be able to understand, operate, and support the design of such systems.

In a new AIEF report, Blockchain Technology and Recordkeeping, the authors aim to provide an overview of blockchain technology that helps information professionals know how to address the challenge of effectively managing records in these emerging recordkeeping environments. The chapters respond to, and are structured according to, an initial set of questions from the AIEF’s call for proposals for a study on blockchain, records, and information management. The authors shared their current state of understanding with a view to help prepare records and information professionals for the future of recordkeeping in a blockchain world.

The issues related to “Blockchain and Defensible Disposition” are discussed in Chapter 5. The report highlights the problems of retaining records after the immediate business need for them has passed, and the difficulties in implementing defensible disposition when records are stored on an immutable blockchain. This chapter emphasizes legal elements and technical aspects of defensible disposition on blockchain systems. This chapter concludes that a successful defensible disposition plan depends on the consideration of legal obligations, business goals and needs, technological capabilities, and risk assessment. All these elements must be considered when implementing blockchain systems.

The evidentiary character of records in blockchain systems is analyzed in Chapter 7, “Blockchain Records as Evidence.” The chapter argues that blockchain systems should be designed to provide final, definitive, and immutable records of transactions. The analysis of blockchain-based records’ trustworthiness is based on archival and diplomatic theory. Both sciences together form complementary perspectives that enable understanding of the nature and basis of trust in records as sources of evidence of the facts and acts to which they refer. The perspective is characterized by the requirement that records must possess three fundamental qualities to be considered trustworthy: accuracy, reliability, and authenticity. The conclusions are that trusted records creation and recordkeeping are central to the operation of blockchain technologies as a technology of trust, but that additional thought needs to be put into designing blockchain systems for the keeping of trustworthy records since many aspects of records’ trustworthiness are still not addressed in these systems.

The ownership of the record is another intriguing aspect of blockchain systems. Chapter 8, “Who Owns the Record? Ownership and Custody of Blockchain Records,” indicates that the issue of ownership is dependent on how a blockchain is being used in managing information and records, what type of blockchain system is implemented (e.g., public, private, permissioned, etc.), how it is designed, and where the records are stored. This chapter explores at a high level the issues surrounding blockchain records and ownership. The discussion draws upon research into the issues of record ownership in the cloud, discusses various definitions of “ownership” in terms of custody and control, and examines several theoretical blockchain recordkeeping systems scenarios and how ownership would theoretically apply to each one of those scenarios. There are some expectations about ownership being commuted to data subjects, with blockchain recordkeeping systems resulting in a redefinition of ownership and information governance into “self-sovereign” ownership. The results of the analysis show that there are still many questions of ownership and custody in the blockchain environment.

Chapter 9, “Blockchain Technology and Privacy,” discusses how society’s notions of records privacy arose when records were in paper form. but the proliferation of digital records has necessitated new tools for managing privacy. This chapter explores different conceptions of privacy and analyzes the use of blockchain to solve some privacy dilemmas. It also highlights challenges in the design of blockchain systems when considering privacy requirements and the immaturity of blockchain systems as records management tools. The chapter concludes that blockchains can be a dream when designed to enhance records’ privacy, security, and accessibility, or can become a nightmare when thought and effort are not put into designing in privacy up front.

The final chapter is called “Blockchain Standards and Best Practices.” The process of standardizing blockchain technology is only just beginning, and this chapter outlines some of the major standard-making initiatives likely to have an impact. The current initiatives are as follows: 11 standards under development by International Standards Organization; a CEN-CENELAC Focus Group on Blockchains and Distributed Ledger Technologies; a focus group established by International Telecommunications Union (ITU); the World Wide Web Consortium (W3C) and the Decentralized Identity Foundation working group; National Standards from China and United States; standards from different blockchain communities like consortiums, foundations, and societies such as IEEE; and sector-specific best practice standards such as the HIMMS Blockchain Workgroup. It is a fact that many standards initiatives are still in the early stages, and new initiatives are emerging, meaning that the blockchain world has come to recognize the value of standards to promote interoperability and growth of the technology and its application.

The report also presents valuable appendices for a practical view of blockchain use cases, a high-level comparison of some of the features of popular blockchains, an overview of “Records in the Chain Project” case studies, and examples of blockchain risks.

The full report is available at http://armaedfoundation.org/researchprogram_menu/research-reports/

View the PDF version of the article