Discovery Dispute Comes to a Head in Theranos Case 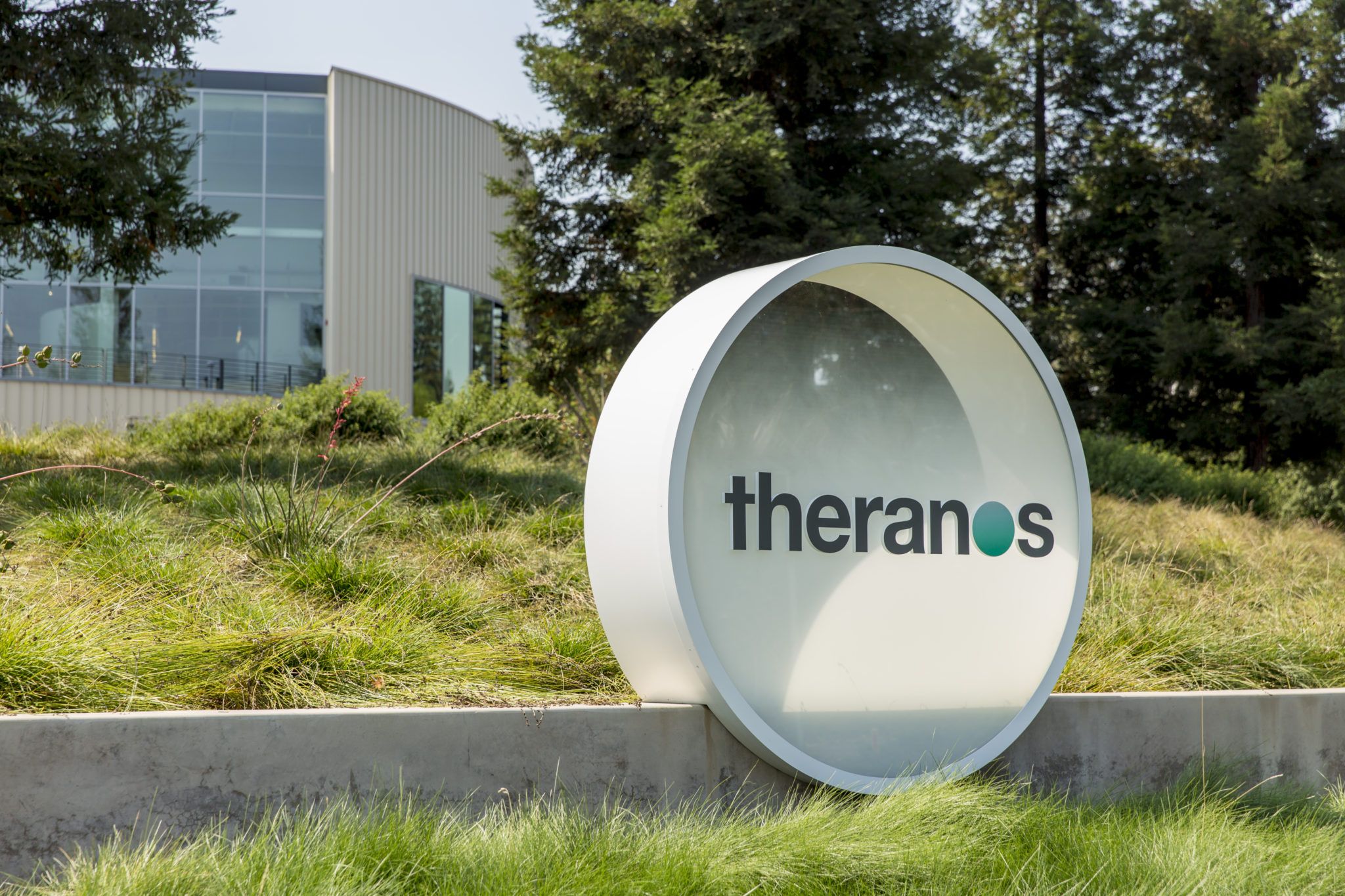 A discovery dispute in the criminal prosecution of Elizabeth Holmes and Ramesh Balwani serves as a reminder of the importance and challenge of keeping your e-discovery house in order. It seems even federal prosecutors and agencies sometimes fall short of the mark, too. On November 4, Ethan Barron of Mercury News reported on a discovery dispute between defense attorneys and federal prosecutors concerning the adequacy of the prosecution’s production (“Theranos case: Judge to set hard deadline as lawyers bicker over evidence”).

According to the article, both sides spent two hours wrangling over these issues. Included in the concerns raised by defense attorneys were that search terms should be expanded; that the U.S. Food and Drug Administration (FDA) and Centers for Medicare and Medicaid Services (CMS) had missed discovery deadlines; and that some issues were identified with some already-produced emails of an FDA employee. With regard to the emails, defense attorney Lance Wade claimed it was an indication that “documents may have been destroyed in this case, or not adequately preserved.” As reported, both an FDA attorney and the prosecutor, John Bostic, disputed any intentional destruction, and Bostic said the prosecutors did not have the authority to require federal agencies to produce the requested documents. Ultimately, however, Judge Edward Davila, presiding over the case, largely agreed with the defense’s position.

On November 5, reports Doug Austin, Judge Davila granted the defense’s motion to compel discovery (“Court Grants Motion to Compel in Elizabeth Holmes Theranos Criminal Case: eDiscovery Case Law; November 8, 2019; Cloud Nine). The judge rejected the prosecution’s argument that it could not compel the agencies to provide the requested documents and ordered the prosecution to produce documents responsive to the requests. In additions, the judge ordered the FDA to apply the additional search terms requested by the defense.

With regard to the problematic emails, missing information such as the “to,” “from,” and body fields of around 1000 emails for an FDA witness are what apparently raised concerns about how the emails were preserved and produced. While the court noted that that FDA claimed it has no reason to think the aberrations were due to an intentional destruction, the court ordered them to investigate the cause and report back. Finally, Judge Davila ordered production to be completed by the end of the year. (The above article attaches a copy of Judge Davila’s order, for those interested in reading the details.)

Most readers are no doubt familiar with Holmes and the Theranos case, which has been chronicled in documentaries, podcasts, and countless media reports. Holmes rose to near-celebrity status after dropping out of Stanford University at age 19 and starting the company. Theranos was purportedly developing a revolutionary technology in its miniLab system (a.k.a. Edison) which would allow numerous medical diagnostic tests to be performed using just a few drops of blood instead of vials and at reduced cost.

It was Wall Street Journal reporter John Carreyrou who broke the story that the company’s claims were exaggerated and that it “struggled behind the scenes to turn the excitement over its technology into reality.” (“Hot Startup Theranos Has Struggled With Its Blood-Test Technology,” October 16, 2015.) Carreyrou details the results of his investigation in Bad Blood: Secrets and Lies in a Silicon Valley Startup. In 2015, Theranos was valued at $9 billion and Holmes was atop Forbes’ list of the wealthiest self-made women in America. But a single year later, following Carreyrou’s investigation and rumors of multiple federal investigations, Forbes estimated her net worth to be “nothing” (“From $4.5 Billion To Nothing: Forbes Revises Estimated Net Worth Of Theranos Founder Elizabeth Holmes,” June 1, 2016).

On June 14, 2018, a federal grand jury returned indictments for Holmes and Balwani, who served at various time on the board and as president and COO of Theranos. In a June 15, 2018 press release, the U.S. Attorney’s Office in the Northern District of California announced that Holmes and Balwani were being charged “with two counts of conspiracy to commit wire fraud, in violation of 18 U.S.C. § 1349, and nine counts of wire fraud, in violation of 18 U.S.C. § 1343” in schemes to defraud investors, doctors, and patients concerning the capabilities of the miniLab technology. It is in this criminal case that the discovery dispute arose.

The trial is set for this summer. This case should serve as a reminder that glitches in preservation happen, even if unintentionally. When they happen, they raise questions about and shine a spotlight on preservation steps more broadly. 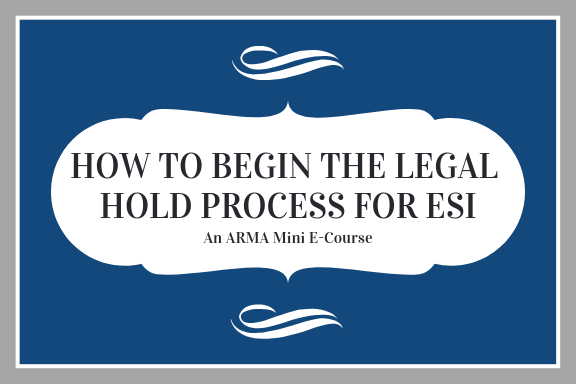 Rapid Resource E-Course: How to Begin the Legal Hold Process for ESI

This first of ARMA’s new series of free Rapid Resource Modules takes key content from the popular ARMA book 7 Steps for Legal Holds of ESI and Other Documents, by John J. Isaza, Esq., and John J. Jablonski, Esq. Specifically, the e-learning module covers steps 1 and 2 in the process. 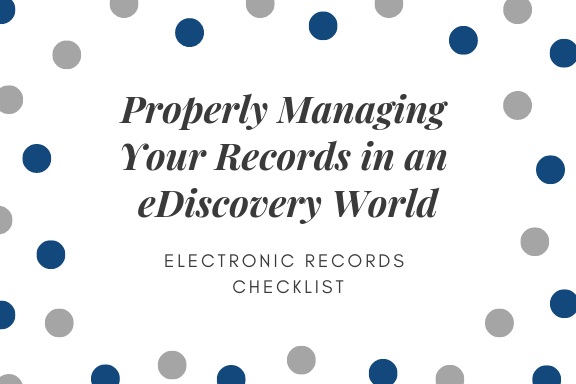 Checklist for Properly Managing Your Records In An eDiscovery World

Your quick helpful one-page checklist for properly managing your Records in an eDiscovery world.

by Tom Corey
Which Records Should We Retain in Paper? A Global…